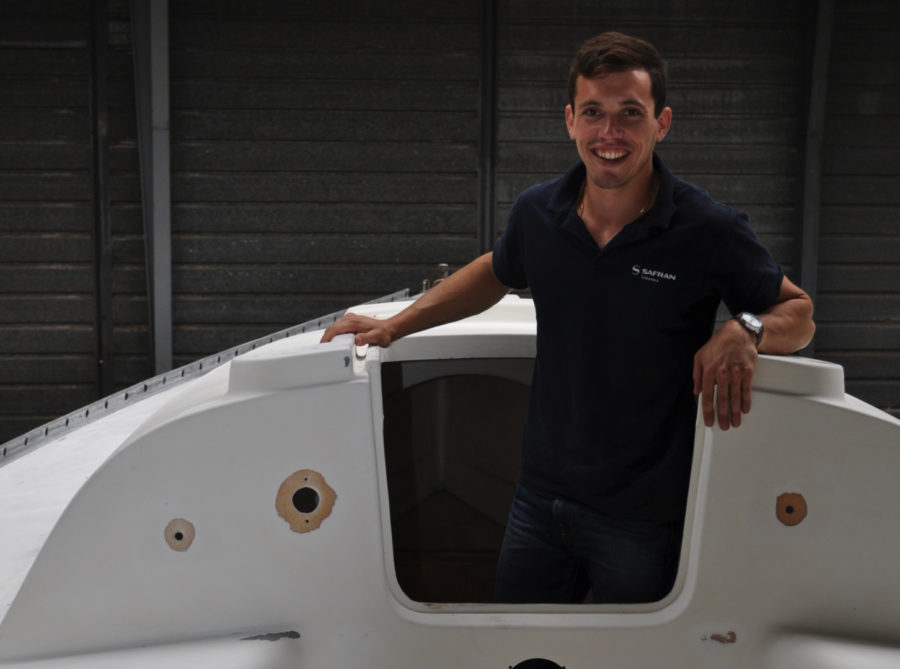 Posted at 11:27h in News by Dream Racer Boats

After the races, now awaits a luxury life for sailboats

Transforming racing boats into prestigious cruising lofts. This is the mission of the company Dream Racer Boats created by Thibaud Ramond, in January, in Finistère.

So far, the best place to rest in a Figaro Bénéteau 2 was ” at the front, lying on one of the sails “. This according to Nicolas Troussel, who was third of the last AG2R transat on Breizh Cola, with Gildas Mahé. An option that he even calls ” luxury “, before adding “ but only when there is not too much air … “. Sufficient to say that for pleasure, the Figaro was not the great choice. Thibaud Ramond wanted to rethink this. This young engineer from Trégunc (Finistère) has started, since January, to develop high-end interior layout for a racing hull which was earlier sailed by the foremost sailors.

” The goal is to remove everything: deck hardware, mast, everything … I just keep the hull and I replace the rest to the very highest standard. On the Figaro No. 10, I will also put a sail winder, a delphinière (to raise the anchor) and handrails for security. ” Le Figaro No. 10 is a first generation Figaro Bénéteau who took part in the first Transat AG2R in 1990. This will be his ” showcase ” boat, bought from a Belgian who, he says, was very happy with it, ” but not his wife and his children ! ” Always this lack of comfort… At the moment, he is doing everything possible to make it ready for the Mille Sabords of Crouesty, one of the main French boat shows of this used boat, from November 1st to 4th. “ I would even like to finish it in June ! “, the 27-year-old engineer says bravely, who is currently devoting all his time and to whom we must applaude the sense of timing.

Because it is precisely at this moment that the prestigious Figaro Bénéteau 2 are arriving on the market, replaced in the races by the 3rd version which is now equipped with foils. ” All these boats have a track record, a history, a link with renowned skippers, ” explains Thibaud Ramond. But we feel that for him, it would be a shame to sacrifice the performance, and therefore the prestige of these boats, solely for luxury. ” I have five or six interior design proposals in 3D to show, which will of course be adaptable to the wishes of customers, but no question of putting a marble table ! ” He laughs. No marble table, but a kitchen area that will change from the spartian equipment used when solely racing, with multi-stove and fridges included. And as a bonus, electric toilets, state-of-the-art audio equipment, premium fabrics and replacement of the mast with an improved one installed to avoid moisture problems.

One year in Australia

Thibaud, who has studied materials engineering with aeronautical specialization in Bordeaux, seems to have thought of everything. He, who already made his own surfboards at the end of his studies, admits that he has skirted his career to prepare his project.

After working one year in Australia to manufacture the thirty-two Polynesian canoes of the discipline’s world championship, and becoming familiar with the carbon, he then turned to New Zealand to work on composite layout on yachts in aluminum for luxury fishing. Now able to take charge of all the interior design parts from a construction site that is kept mobile (in transportable containers). A concept that he would also see appliable to Class40 or IMOCA 60: in luxury, there is always a way to see bigger.