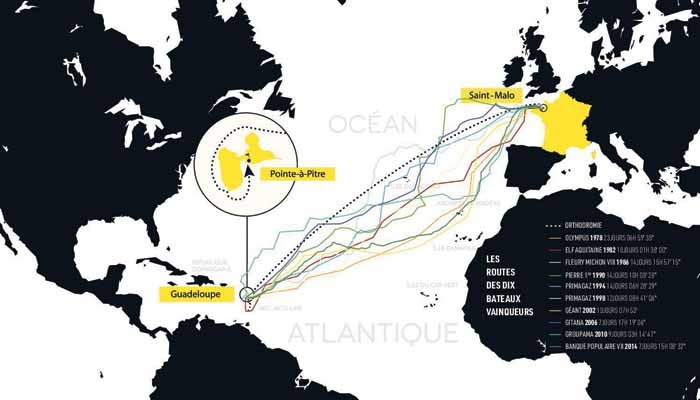 Posted at 12:00h in News by Dream Racer Boats 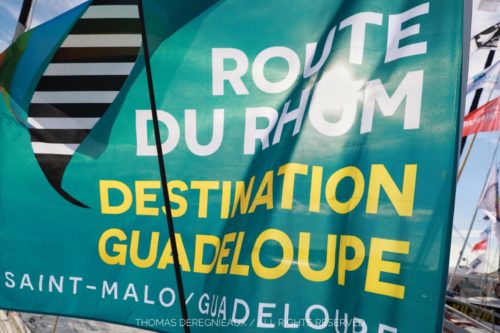 As its creator, Michel Etévenon, intended, the first Route du Rhum was the transat of freedom. Monohulls and multihulls were mixed without class divisions and without size restrictions. Professionals and amateurs competed under the same rules and all outside aids to navigation were allowed on an open course.

Fifty-two sailors registered for the second edition including a group of professional sailors to enliven the history books of offshore racing. This time the boats were again admitted without size limitations and all were equipped with Argos beacons. It was now much easier to follow the progress of the skippers and to detect when things went wrong or their boats were damaged. 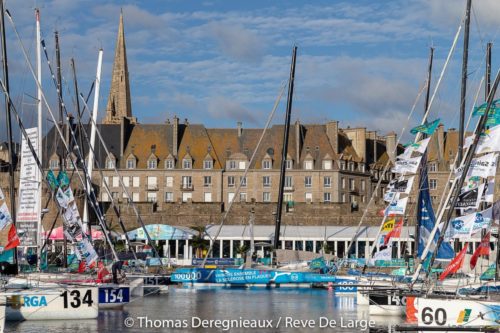 Thirty-three skippers took the start of this edition. The best skippers were still taking part even if the number of participants was down compared to 1982. The size of the boats continued to grow with 13 boats entred measuring more than 23 metres. Never had offshore racing brought such a group of giants together. The trend was resolutely towards catamarans with no less than 13 in the fleet, against nine trimarans some of which were equipped with the latest appendage – foils. The depressions followed one another in the Atlantic making it a tough journey westwards.

The fourth edition marked a year of change. The trimarans had definitively imposed themselves on the race but a limitation of 60ft was now imposed, ruling out entries from Bruno Peyron, Francis Joyon and Hervé Laurent. Thirty-one competitors set sail from St Malo, among them sailors on new boats like Florence Arthaud (Pierre 1er), Mike Birch (Fujichrome), Laurent Bourgnon (RMO) or Philippe Poupon (Fleury Michon IX). Bourgnon passed the buoy off Cape Frehel in the lead but in Pointe-à-Pitre, it was Florence Arthaud who entered the legend of Rhum by becoming the first woman to win.

They were only 24 sailors taking the start of the fifth edition. But this time the fleet was split between a multihull class and a monohull class for the first time, with 12 skippers setting sail in each category. Although many race fans still had memories of Florence Arthaud in their minds, she did not defend her title. But her boat took part having been bought by the American adventurer and billionaire, Steve Fossett, under the name of Lakota. The intensity of competition was still off the limits.

1998 : A growing line-up for the 20th anniversary transatlantic 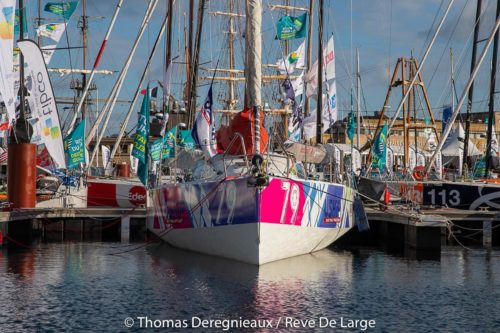 Nineteen multihulls and 18 monohulls set sail on this edition: a strong birthday turnout for the twentieth year of the Route du Rhum. In six editions, the race had become a classic and a must for all professional sailors. The Atlantic was once again transformed into a veritable chessboard on which the world’s leading soloists played out their options: Francis Joyon, Paul Vatine, Loick Peyron, Laurent Bourgnon, Alain Gautier, Marc Guillemot and Franck Cammas were all involved. On arrival in Guadeloupe, Laurent Bourgnon was the first in the history of the race to achieve a second consecutive victory. 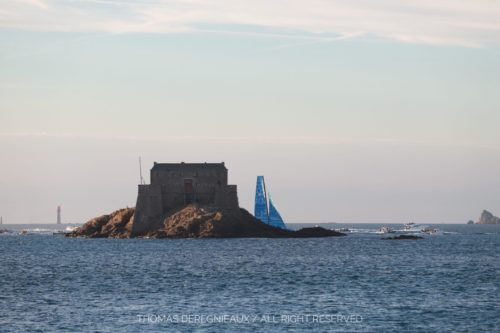 With 58 competitors at the start, 2002 was a record year, in terms of participation but unfortunately also in terms of abandonment, because while 28 boats finished, only three out of 18 arrived in the Caribbean in the queen class of 60ft multihulls. Another historic first was the finish of two monohulls ahead of all the multihulls – a result of the departure of the monohulls one day before the multihulls, and the widespread damage to the multihulls in a storm off La Coruna.

The eighth episode of this famous solo transatlantic race will remain marked by the breathtaking sprint of Lionel Lemonchois, winner of the queen category of 60ft multihulls aboard Gitana 11. Sailing from St Malo to Pointe-à-Pitre in just 7 days, 17 hours and 19 minutes, the Norman pulverised the old record by Laurent Bourgnon by more than four days, with an average speed of 19.11 knots. The other outstanding feature was the epic duel between Roland Jourdain (Sill et Veolia) and Jean Le Cam (VM Materials), which produced a thrilling finish. After 3,543 miles, only 28 minutes separated them, allowing Jourdain to enter the legend of Rum.

Eighty-five solo skippers took the start in 2010, while almost two million people visited the race villages at St Malo and Pointe-à-Pitre – the 2010-vintage Rum established itself as a record-breaker. On the water, the return of the great multihulls did not disappoint. The winner aboard his 31.50-metre trimaran, Franck Cammas, skipper of Groupama 3, entered the legend of the race but he did not beat the record, taking nine days, three hours, 14 minutes and 47 seconds to cross the Atlantic. Francis Joyon (Idec) and Thomas Coville (Sodebo) completed the podium. 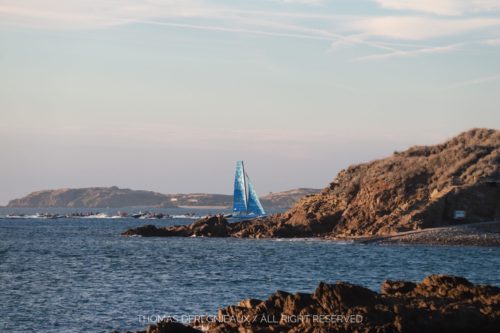 2014 : The edition of all the superlatives

For its 10th edition in 2014, the Route du Rhum-Destination Guadeloupe broke all records. With 91 boats together on the startline off St Malo. The race witnessed a magnificent victory by Loïck Peyron. He set a new reference time. Completing the 3,542-mile course in an incredible seven days, fifteen hours, eight minutes and thirty-two seconds. On the media front the output was phenomenal with unprecedented coverage. This included more than 67 hours of television coverage, over 44 hours of radio coverage, over 5,500 news articles, over 900 accredited journalists and more than 12,000 web-based stories about the race. Finally, more than 2,200,000 people came to enjoy the race villages in St Malo and in Pointe-à-Pitre.

Try for yourself & now play on :